So you love the nightlife, but you also love to walk home in the wee hours of the morning after a big night out.

This puts you in a bit of a bind, safety-wise, for one simple reason: more people equals more crime. The bigger the population, the more incidents of burglary, theft and violent crime.

We put together a list of Britain’s safest cities with one minor tweak:

We ruled out cities with a population of less than 50,000.

Because seriously, you don’t have to move to the countryside and become a sheep farmer to feel safe in your home.

(Sorry, Aberystwyth. We’re ruling you out, even if 89% of you do greet each other on the street and a third of you regularly participate in local activities.)

Here’s what we found to be England and Wales’ safest cities:

This little gem is packed with pubs, clubs and shops. Most of its city centre is pedestrianized (meaning the entire downtown is essentially a car-free zone). Best of all, it’s consistently averaging 2.4 burglaries per 1000 population – well below the UK average.

York is a safe bet for those who love to feel safe AND soak in the culture. Once ranked the #1 safest city in the world by Post Office Travel, only 1% of British travellers consider York to be risky. Must be the walls.

Not just a university town, Cambridge residents say they regularly greet each other on the street, and take huge pride in their local area. With just 3.4 burglaries per 1000, they have a lot to be proud of.

Norwich boasts an active and involved community. About a third of its inhabitants frequent local amenities, participate in community activities and say they would happily invite the neighbours around for drinks.

Medway falls well below the UK average for burglary, drugs, violent offenses and all other major crimes.

This historic market town attracts a ton of students, who make up nearly a quarter of the town’s population. At 8.4 burglaries per 1000 residents, students in Loughborough are enjoying the lowest crime rate in the area.

Bedford reports a mere 4.59 crimes per 100 residents, below the UK average of 6.57 per 100, and well-below London’s dismal 42.53 per 100. It’s also a major party town. Bedford holds the second most popular free outdoor event in England, the Bedford River Festival. 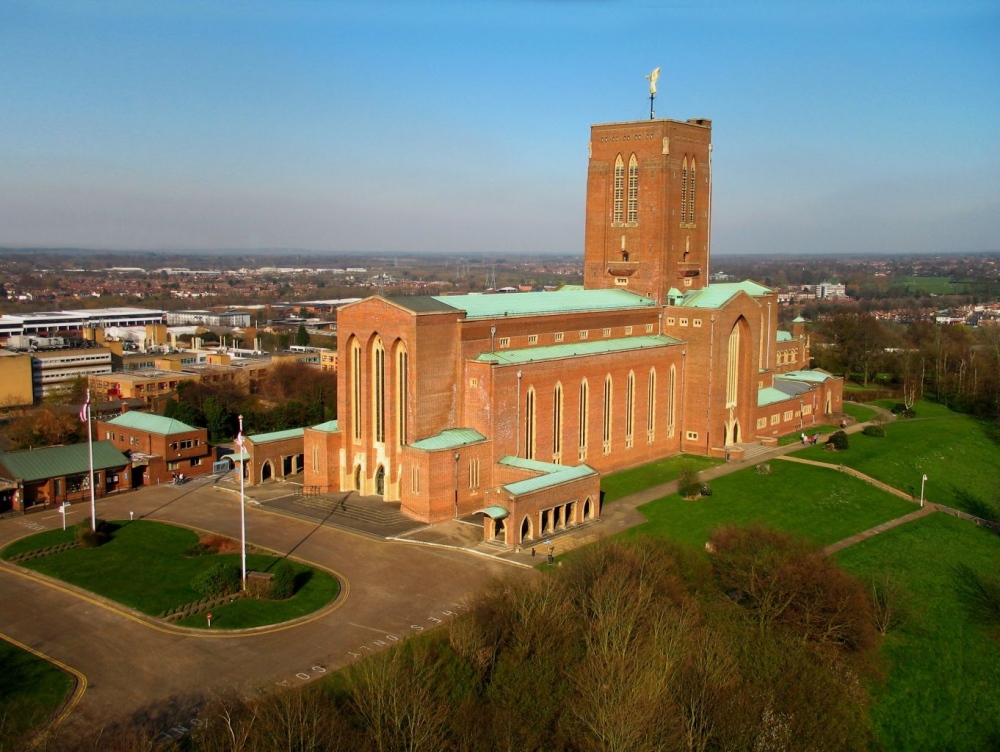 The county of Surrey has one of the lowest crime rates in the UK, and Guildford reported just 0.3 robberies per 1000 population over 3 years. Ranked among the safest cities for students, Guildford is buzzing with culture, including a not-to-be-missed beer festival in July.

Ranked 2nd safest city in the world by Post Office Travel, Bath is consistently ranked among the safest cities in England and Wales. And no wonder. Burglaries remain at a steady 1.8 per 1000 population.

Once ranked among the worst places to live, Wycombe has seen more than 4,000 fewer crimes this year than there were 5 years ago.