Home » What animal is best to guard your home?

What animal is best to guard your home?

Everyone knows that dogs traditionally guard homes, but are dogs the best pets for home security?

A dog is for life, and to most dog owners a trusted companion. But for some, a dog’s primary role is to guard the house and/or the things that matter the most. And it doesn’t necessarily take a German Shepherd to do it! The biggest bark can come from the smallest of our four-legged friends, and could be all it takes to make an intruder run a mile.

But there are many other animals that could step up as replacement when it comes to protecting our assets and our loved ones. 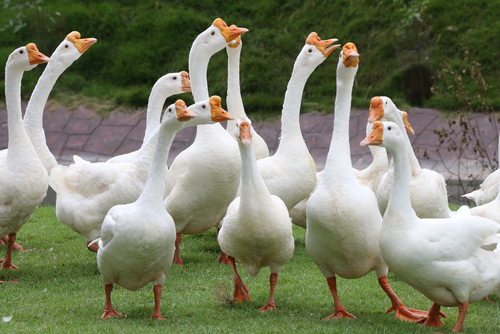 While you may be able to coax a dog or throw it a treat, there is no reasoning with an angry goose, as the Gauls found to their cost when their night attack on Rome was foiled by two noisy birds in 390BC.

While the Romans’ guard dogs uttered not a whimper as the Gauls approached, the pair of sacred geese flapped their wings and honked the Capitoline Hill down, awakening Marcus Manlius Capitolinus and his troops, who drove off the attack.

Geese are extremely territorial birds, and will make a fearful racket when threatened. They also have incredible hearing and, in common with most birds, razor sharp eyesight, making them more effective than even dogs at spotting unwelcome intruders.

They will also normally run aggressively towards the point of danger and give a nasty nip, which may not be as life-threatening as a Bulldog’s bite but is usually enough to frighten the life out of would-be burglars.

While most people are familiar with dogs, the sight of a honking goose in full flow offers fear of the unknown – and they’re very hard to quieten down once they’re riled.

It’s best to get a guard goose from very young, and they’re best suited in rural areas – unless you really want to fall out with your neighbours?! 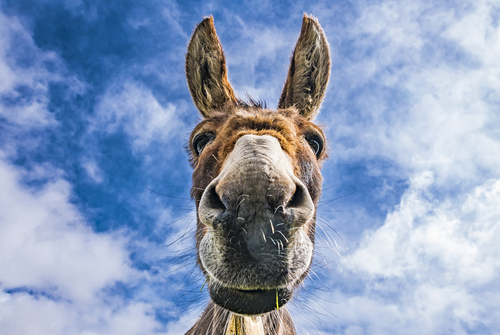 Don’t be fooled. Donkeys become anxious around strangers and are very territorial, relying mostly on incredible hearing to detect intruders or, in the case of defending sheep and other farm animals, predators.

Ever heard a donkey bray? Then you’ll know it’s not only incredibly annoying, but pretty loud too, and they can also administer a sharp kick to unwanted guests.

It’ll even cut your grass for free.

Granted, snakes don’t make much noise. That’s kind of the point of snakes – they hunt by stealth.

But would a burglar enter your home with a “beware of the snake” sign on your front gate? Probably not.

Even if your snake is not venomous, most people have an ingrained fear of the sly reptiles and will stay well clear.

Mohammad Al-Fayed used a cobra to guard a £62,000 pair of ruby, sapphire and diamond encrusted sandals at Harrods in 2007. OK, so it was a publicity stunt on behalf of the Egyptian, but no-one stole the sandals. 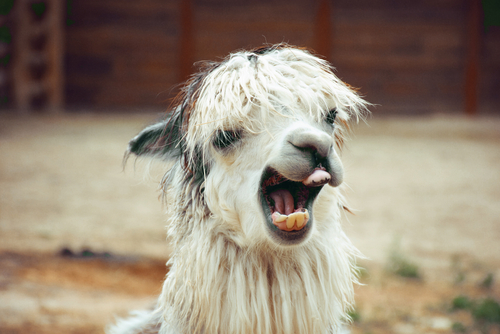 With fluffy coats and long necks, llamas look a bit like a cross between a sheep, a goat and a camel. In short, a bit ridiculous (sorry llamas).

While they do indeed spit, it’s usually at each other when playing gets out of hand or when cornered and angry.

And you don’t want to be approached by an angry llama, which is a territorial animal and can be trained to protect other animals (and probably children!) and property.

When roused, a llama will approach at speed with its head low, sometimes making a unique growling or gurgling noise.

If this doesn’t send intruders packing, the guard llama will strike out with their front legs and give them nothing short of a right good kicking. 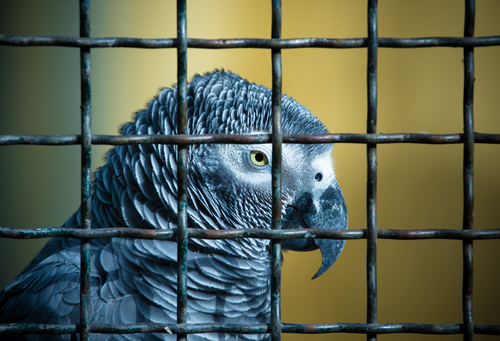 Parrots can be useful guard pets in two ways: they can learn how to bark, and they can be aggressively protective of their owners when threatened.

A security company in Telford, Shropshire, employed two macaws called Cilla and Elvis after they learned to bark like a dog from a neighbour’s Scottish Terrier.

Meanwhile, a parrot in Coventry famously fought off burglars threatening to ransack a pet shop. Jack, a Sun Conure parrot, became so enraged at the prospect of his fellow birds and animals being stolen that he savagely attacked the intruders, emerging from the scrap with bits of clothing and blood on his beak. 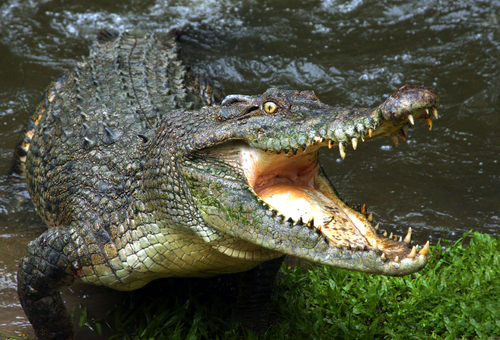 Some would say the ultimate burglar alarm, crocodiles are used quite effectively to protect homes in Thailand. Typically kept near the property entrance, owners rear crocs from a young age and encourage them to be territorial. Their fierce nature is not only a threat to an intruder, but also the owners – who seem convinced that no intruder would dare to get past such a beast.

All over the world, lions represent strength, authority and command. Normally they are found in the form of a logo or a statue, with the nocturnal creature portrayed as a proud and noble. Security has become essential to have on South African properties these days, especially with the high crime rate. Instead of hiring a security guard emblazoned with a lion, or putting up a couple of outdoor statues, some South African farmers are using a real life kitty cat as a security guard, just in case someone decides to sneak onto his premises for whatever reason.

Although the animals are kept in a pen during the day, at night they are left to roam the property perimeter freely to scare off any intruders.

Installing a home alarm system helps give you the peace of mind that your possessions and loved ones are protected through the day and night.